Last time, I wrote about Parameters – the abstracted dungeon crawl where you click on boxes to make numbers go up (or down, in the case of your enemies). Well, this time I’m going to talk about a few other games that also make numbers go up. 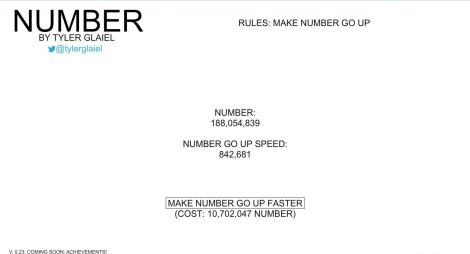 The first one is really not much of a game. More of an exercise? Or an amusing  joke. It’s literally called “Number“, and the only rules is “Make number go up”.  You could just leave it alone and let it go up by itself but that is slow and boring and stupid and what is wrong with you. You click the button and it will make number go up faster. You need to know when is best time to push button. There’s even a wiki. Very helpful. It even teases achievements! Coming soon it says. Maybe if I make number go high enough, it will come sooner? 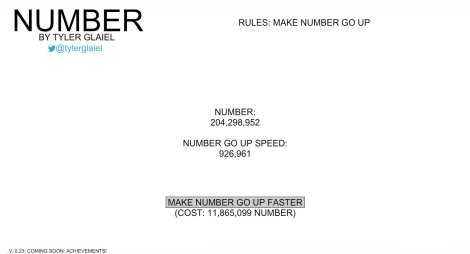 The next two games are Candy box ! and its sequel, Candy Box 2. The game starts of deceptively simple. You might even think it’s not actually a game. You just have a counter that gives you 1 candy per second, and you can either throw them on the ground or eat them.

If that was all it was, it would just be a cute little time waster like Number. However, if you just let it accumulate some candy you soon realise there’s more to this game than it initially appears. For starters, a Time Lord/sex pervert starts offering to sell you lollipops for candy. Seems legit.

His lollipop peddling soon leads you down a dark rabbit hole filled with goblins, riddling frogs, a whale, lollipop farms, potion brewing and other sweet temptations.

It apparently got such a following that a sequel has been made (only released this past October), rather obviously named Candy Box 2. It’s got the same sugary confectionery goodness as the first game, but now with enhanced graphics and combat mechanics. 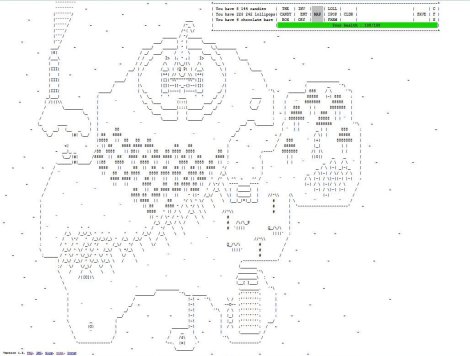 For all its eccentricities, it’s still a pretty solid browser RPG. You have various equipment, quests, spells and some cute easter eggs – all the classic landmarks of typical RPGs. There are even two minigames within this game. And the bonus is that you can leave it in the background to farm candy for your future upgrades. It’s really charming and definitely worth checking out.

I haven’t written about it in its own blog post, but you might also want to check out HORSE MASTER. We covered it in this podcast episode, but the short version is that it’s a very quirky text adventure that is worth checking out.