It’s the third and final part of our podcast coverage of PAX Australia 2014. We talk about some more games we checked out and final impressions of the expo. We also have interviews with our fellow podcasters from Work in Beta and more amazing indie devs behind Train Conductor 3, Ninja Pizza Girl, Hand of Fate, Bearzerkers, Boy Goes to Space, Swordy, Breakout Blurg and Tasty Fish. It was an amazing PAX Aus this year, and we are super pumped for PAX Australia 2015. If any of you are planning to attend, tickets go on sale in the first week of December, so get on that and we’ll see you at PAX again in 2015!

Music: Theme for Harold (var. 2) by Kevin MacLeod is licensed under a CC Attribution 3.0.

Links for the things we talked about:

Check out our friends at Work in Beta and the Betacast! We also appeared on Episode 20 of their podcast here. Crossover!

You can go get Framed on the App Store now!

PAX Australia 2015 tickets will be on sale in early December.

Bonza on the App Store or on Google Play

There is a Pokemon TCG Online app for the iPad

No Time To Explain

The Arcade is a really cool co-working space in Melbourne

Junkernauts (I couldn’t actually find a link for Junkernauts, so if you are interested, maybe bug Dime Studios about it :p)

Adam asked us to get him a Bacon and Egg Muffin for breakfast. We obliged. 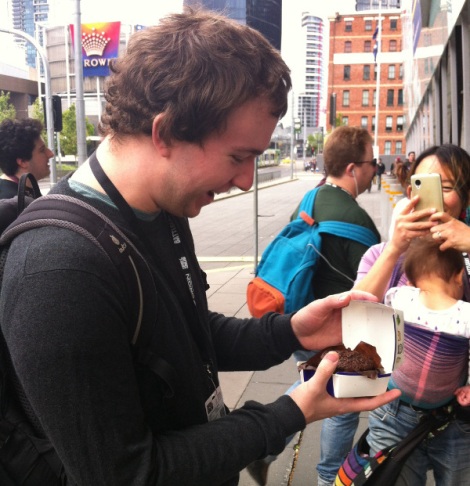 Look at that tasty muffin. Mmmmmm. 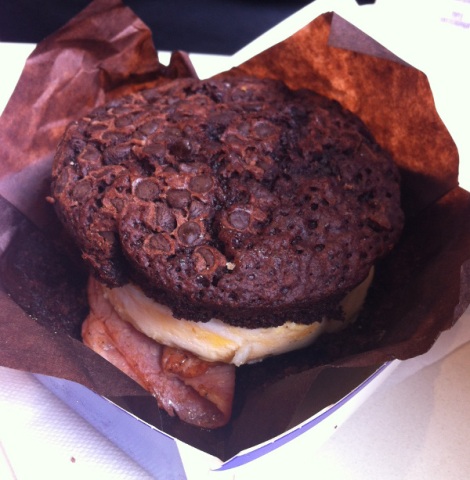