You might recognise Miss Leopard (alias: Doronjo) from my previous figure review, which took a look at PLUM’s release, and as such I’ll keep the exposition short. She’s the protagonist of Yatterman Night, and the descendent of a previous villain to hold the mantle of Doronjo. In this new world, the “good guys” have a legacy of elitism and segregation, and the “bad guys” (as society paints Miss Leopard and her kin) have been forced to eke out an existence outside the giant walls that surround the kingdom. The new (and only 9 years old) Doronjo is out to flick the Yatterman in their foreheads!

Her dominatrix-style attire is taken straight from her ancestor’s designs and as such looks intentionally ill-fitting and silly. The show’s tone varies from very dark, to substantially camp, and Doronjo acts as an unstoppable force of positivity.

I was very excited to see Amakuni’s take on Doronjo, after being so very impressed with their Asuka. Aside from one fairly sizable (pun intended) gripe, I’m delighted. Getting my lone disappointment out of the way, I’d have to say that she’s very small for a 1/7 scale figure, and this is especially noticeable when she’s standing next to her PLUM counterpart, as shown below.

The details and paint job are fairly appealing, with an extremely vibrant sheen on her outfit, and fine level of detail on her clothes, body, and accessories. All of her colour tones have been cranked up to 11, but it really does a great job of capturing the feel of a children’s cartoon. Her pig companion, Oda-sama attaches via a plug hole that appears once you remove the tiny love-heart from the suspenders on her right leg. I like the realistic way the suspenders hug her legs, and how her bodysuit/bustier folds around her stomach, which matches nicely with Oda-sama’s squished face as he dives in for a hug. I usually prefer more interesting bases on my figures, but the translucent purple base matches pleasantly with the colour of the figure.

If you’re a fan of the show and anime figures generally, then both PLUM and Amakuni’s designs have pros and cons. The paint job is much nicer on Amakuni’s, but PLUM’s (to my mind) is a better scale, and a more eye-catching design. I’ll always prefer a more dynamic pose, so my preference is for PLUM’s, but I can see it being a fairly even split among fans. As always, feel free to click on any of the images to see the full-resolution photographs. 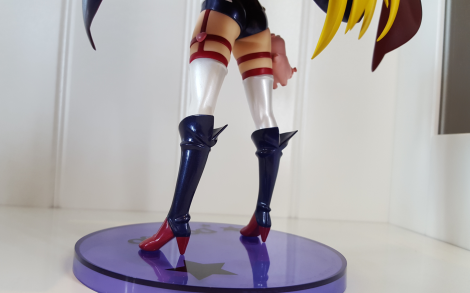 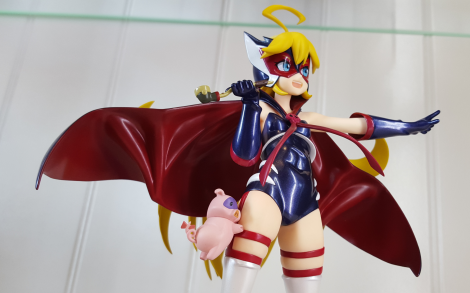 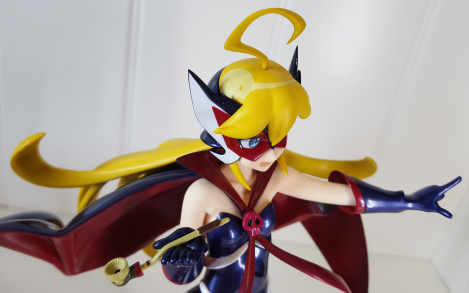 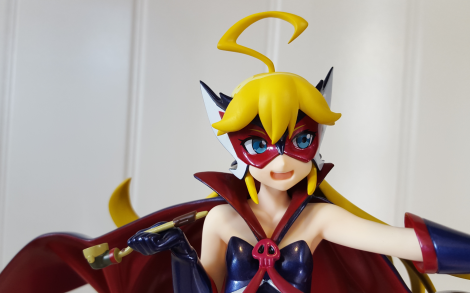 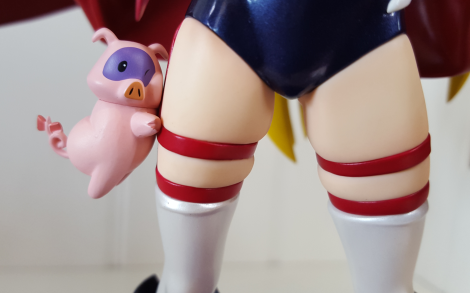