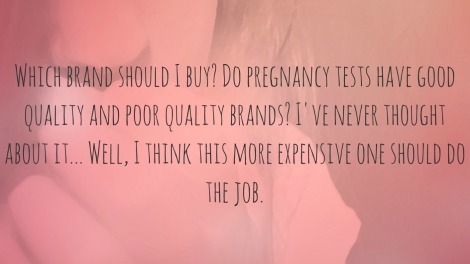 I wasn’t sure whether I could stomach (excuse the pun) Pregnancy. The Steam advertisement is very up front about the game’s content, and I was already scared just from reading the blurb. It wasn’t until I saw the Steam user reviews that I thought I might give it a shot. In a nutshell, Pregnancy is about advising a 14 year old rape survivor concerning how she should handle the aftermath when she finds out she has fallen pregnant. It’s presented as a series of slides with well-written text that captures the voice of a young teenager exceedingly well. Every so often the player is presented with dialogue options, allowing subtle and not-so-subtle chances to offer potential wisdom.

In this regard, Pregnancy isn’t really about the character at all. Pregnancy asks you to consider your own relationship with parenthood, faith, and the wider-reaching ramifications of a grim situation. The story is accompanied by an appropriate soundtrack that shifts with the atmosphere, and the simple, monochromatic, faded photographs help to imbue character while not drawing attention away from the key decisions.

Lilla, the protagonist, is her own girl. She endured a horrific rape at the hands of a violent criminal, which is captured in snapshots of text showing Lilla’s thoughts throughout the ordeal. I had to click speedily through the slides as it wasn’t something I could handle dwelling on. Although there’s no graphic imagery, the blurred, blue image of hands around a neck depicted discreetly in the background was enough to make me feel ill.

Living in Hungary, with a small family on next-to-no income, the game still comes off as less bleak than it potentially could have been. This isn’t a horrific train wreck designed to perversely titillate through horrifying its audience. I have a very weak stomach. I found the subject matter was handled without gratuity or performance, but still gave gravity to this sobering story. During the short narrative, Lilla has to work up the strength to talk with counsellors, friends and relatives in coming to her own decision as to whether she wants to keep the child. Could she stand looking at the face of her attacker if the baby were to grow up strongly resembling him? Could she live with herself if she went through with the termination, and what does she really think about it all? These question, in the end, don’t matter in the slightest. They are specifically designed to facilitate a larger goal.

Her story very quickly becomes yours. There’s a clever and very simple mechanism by which the game asks you to think about your own reasons for your choices. In the style of Telltale, you’re shown a breakdown of everyone’s choices once you complete the story, and although very limited, this still proves interesting. Even more worthy of note is the ending screen, offering links to websites if you’d like to find out more concerning the different ideas on abortion. This game doesn’t want to sell you an ideology, but instead makes sure you’ve thought about your own attitudes. 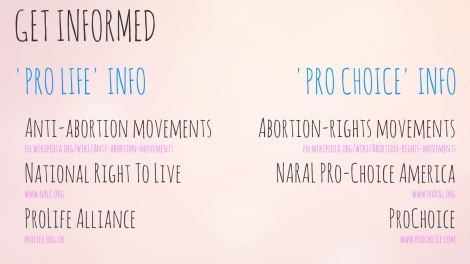 Because of the unusual (interesting) nature of Pregnancy, many commenters frequenting various games journalism outlets have attacked the game as “unnecessary”, and pointed to it as an example of “the problem with the gaming landscape today” without having played it or even understanding what it sets out to do. This game is not a discussion on rape. This is not about painting any person in any light. This is only about asking yourself some tough questions, and framing those questions in the context of a human example. If you’re afraid of playing something that will inspire introspection, then feel free to look elsewhere. If you’re genuinely afraid of an increasing diversity within the medium of “video games”, then ask yourself why. If you’re interested in a short exploration of the decision to terminate a pregnancy, then give this interactive narrative a shot.

You can grab Pregnancy off Locomotivah’s site, or from the Steam Store. It costs $2 and will take only a few minutes to complete, but it’s highly effective at accomplishing its goal, and it encourages discussion in areas that are rarely addressed in video games.